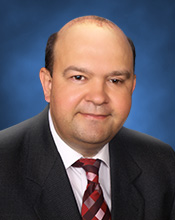 Dr. Emil Matei is a board-certified general surgeon. He completed a general surgery residency at Université de Picardie, in Amiens, France, in 1997. He earned his osteopathic degree from the New York College of Osteopathic Medicine in 2001. After concluding his residency at New York Hospital Queens in 2006, Dr. Matei completed a fellowship in Minimally Invasive Surgery/Bariatrics at Cleveland Clinic Florida in 2007. He is a Fellow of the American College of Surgeons, and he joined his esteemed colleagues in the Memorial Physician Group in 2014.