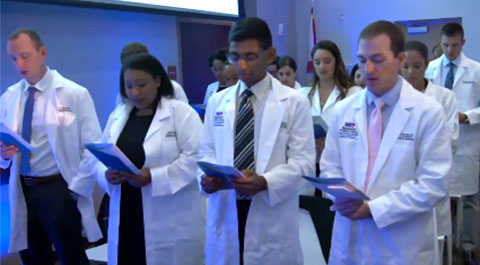 Thirty-three medical residents from all over the country and beyond have been dreaming of the chance to train and set roots in South Florida.

Their opportunity finally arrived when Memorial Healthcare System officially welcomed them during an inaugural celebration that was marked with an inspiring “white coat” ceremony and the recital of the Hippocratic Oath.

The event was highlighted by a keynote address from Richard Carmona, MD, MPH, FACS, 17th Surgeon General of the United States. Dr. Carmona provided perspective on the state of the healthcare industry and its future.

The Memorial Graduate Medical Education (GME) program is the latest residency program to open in South Florida, and with that it has transformed Memorial from a community based healthcare organization to an academic medical center. These future doctors are now training and working in MHS facilities and specializing in pediatrics, internal medicine, physical medicine and rehabilitation, or podiatry.

Given the Association of Medical Colleges has projected a nationwide shortage of physicians (as many as 100,000 by some estimates) in the coming years, Memorial’s GME program will positively impact the need for future doctors in the state. Research has shown that specialists tend to settle in geographic areas where they have completed their training.

Some of the doctors training at Memorial Healthcare System will be part of the medical workforce that ultimately attends to South Florida’s growing/aging population.

In addition to the four areas where it’s already accredited to train residents, the healthcare system has received accreditation to train residents in neurology and psychiatry starting July 2019. Other specialties such as general surgery, OB/GYN, and others are in development.

“We couldn’t be more thrilled to welcome our inaugural class of residents. These young trainees are the future physician workforce of our community. Training in a place with the breadth and depth of clinical care that Memorial provides will serve them and ultimately the state of Florida well. ,” said Saima Chaudhry, MD, MSHS, Vice President of Academic Affairs and Chief Academic Officer and DIO, Memorial Healthcare System.“

The inaugural celebration was held in the recently completed GME building on the campus of Memorial Hospital West in Pembroke Pines. 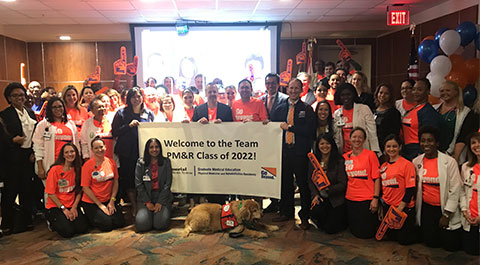 The Memorial Graduate Medical Education (GME) program learned which medical residents from across the country and the world would be joining its inaugural class. 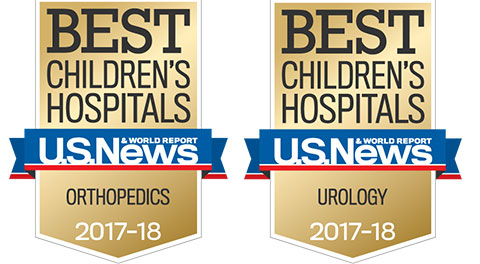 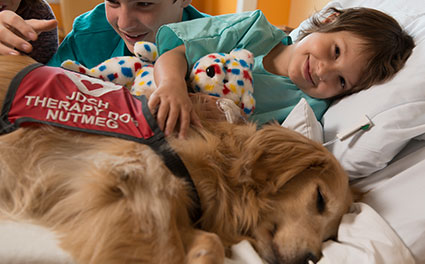