Skip to main content
Home > News > Nurse With A Heart

A Nurse With Heart 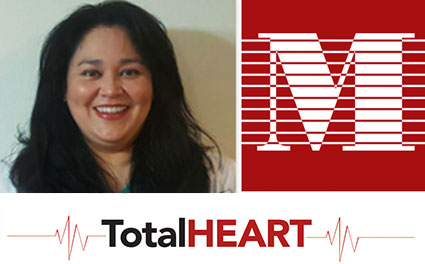 Memorial’s heart and soul depend on nurses like Sara Ahumada, ARNP.

As a newly graduated nurse practitioner for the Adult Heart Transplant Program at Memorial Cardiac and Vascular Institute, Sara specializes in cardiac care.

“I educate the patients who are newly diagnosed with heart failure. For patients who’ve been living with this disease for many years, I educate them on the advances we have,” says Sara, who has been with Memorial since 2006.

Sara loves her work, she’s good at it and she’s soared through the ranks like a winged lion. Yet if she had let either fear or hardship guide her, she might never have become part of the Memorial family. 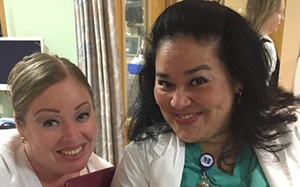 She began her medical instruction at Barry University, but nearly dropped out because she had run out of money after the first semester. Fortune prevailed, however, when Sara received a Memorial Healthcare System scholarship. She went on to earn a bachelor’s degree and, in 2015, a master’s degree in nursing.

After graduating, Sara had several options for employment. Having grown up in Miami, she knew Memorial had a sterling reputation. And while she was drawn to the facility, she was also intimidated by the idea of working there.

“Funny thing is, I was petrified of Memorial, because I knew the system was huge,” says Sara.

Never one to back away from a challenge, she accepted a position at Memorial Regional’s telemetry unit. Less than two years later she transferred to the step down open-heart unit, where her potential and skills raised her to new heights in her career.

A few months later, she became Clinical Manager of the unit. In 2010, after her mother passed way, Sara stepped down from that position and went back to school to further her nursing education.


Smart Snippet: Video
Datasource: Ken Gets New Heart
Once again, though, her reputation preceded her. After the first semester, she was asked to transfer to the Cardiovascular Intensive Care Unit. She was already settled in her role there and about to graduate when she received yet another invitation in 2014 to join Memorial’s newly launched heart transplantation program.

“[The program's medical director] called me one day and asked me if I was interested in being part of her team,” Sara recalls. “So I replied, ‘You do know that I’m new, right?’ And she said, ‘We’ve watched you as a nurse at the bedside. We like what we see. We’re more than willing to help train you.’”

“It feels good to be part of a group that I’m excited for what it is going to become. We work together phenomenally,” Sara says. “We are a hard-working team that lives and breathes the Memorial culture. We collaborate with other specialty groups to provide exceptional patient- and family-centered care.” 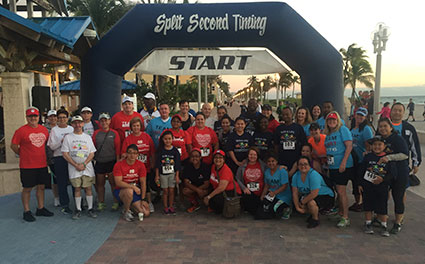 Honoring The Gift Of Organ Donation

Physicians and patients from Memorial Cardiac & Vascular Institute ran and walked side by side during the annual Life Alliance Heart Run to honor organ donors. 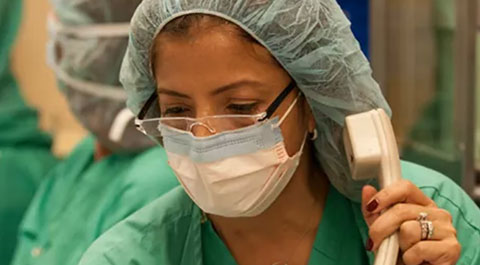 Employee At The Heart Of The Matter