Memorial Joint Replacement Center Helps Ernest Get Back on His Feet 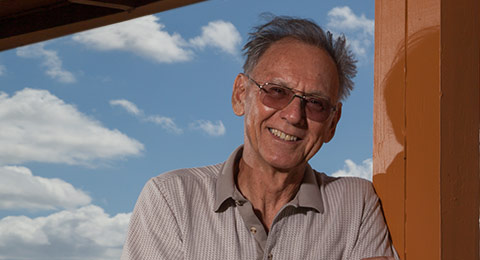 Ernest, age 71, is proud of his long career in the construction industry. For 35 years, he ran the maintenance facility for Miami’s Port Authority. He managed cruise ship christenings and met a lot of high-level people, including former First Lady Rosalynn Carter. Later, he became a building inspector for Miami-Dade County.

“I’ve had an exciting life for someone who grew up in a trailer park with no education,” says Ernest, whose family moved to Miami in 1944.

Though rewarding, those 50 years of hard physical labor have taken their toll on Ernest’s body. A subsequent car accident caused further damage. He’s undergone replacement surgery for his knees, shoulders and wrists, and he has plates in his spine.

Ernest, a father of three, lives just around the corner from Memorial Hospital West in Pembroke Pines. It’s the facility he’s relied on for every procedure and the one he recommends to others seeking quality healthcare. Two years ago, Daniel Sheldon, MD, an orthopedic surgeon at the Memorial Joint Replacement Center, replaced one of Ernest’s hips. More recently he performed the second operation on a damaged rotator cuff. When Ernest’s girlfriend, Rosalie, needed hip and shoulder surgery, he urged her to see Dr. Sheldon. This past July, she broke her ankle in two places. Once again, they called on the services of Dr. Sheldon and the Memorial Healthcare team.

“I recommend Memorial all the time,” says Ernest. “I’m a person who picks out people who are dedicated and good at what they do. [Dr. Sheldon] did an excellent job. I appreciate when I talk to him or see him. You build a personal relationship with him. We consider him to be one of the best physicians we’ve been to.” 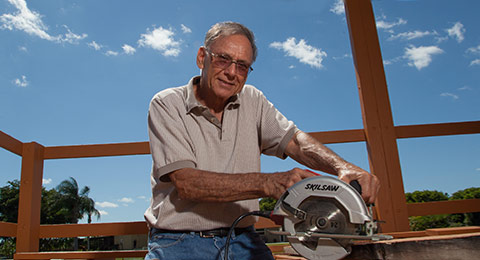 Ernest has always thrived on work and physical activity, yet he hasn’t let his orthopedic problems keep him down. He helps his neighbors with home repairs and maintenance. He’s looking forward to a new grandchild. And at least for the next four months, he’ll be busy tending Rosalie. 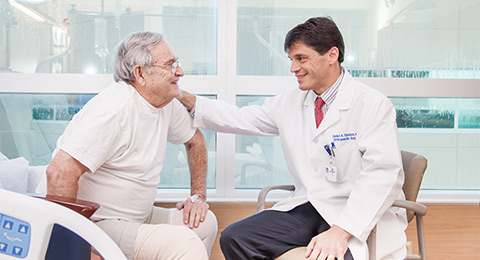 Time and arthritis had damaged Chris’s knees so severely, he couldn’t walk without pain.