Even though prostate cancer is the second most-common cancer in men in the United States, it’s not as widely discussed as other cancers.

On the upside, it’s one of the most treatable and survivable cancers when caught in its early stages — up to 99% survival after five years.

On the downside, many men don’t like to talk about it with loved ones or even their doctor. That may be due to the prostate’s location in the body or its function in sexual activity. But for men over 50, the value of asking their doctor about it should outweigh the cost of any embarrassment they may feel.

Prostate cancer often doesn’t carry obvious symptoms, and the only way to determine if you have prostate cancer is through screening and testing.

Annual screening for men ages 50 and older is strongly recommended. Screening identifies possible prostate problems, including but not limited to cancer, and their likely severity. But what does prostate screening involve?

“We use a variety of tools to help us understand who has which disease,” said Jonathan Silberstein, MD, Chief, Uro-Oncology at Memorial Cancer Institute. There are two primary prostate screening methods:

Are You at Risk for Prostate Cancer?

The risk factors for prostate cancer are fairly far-reaching, which helps explain why it’s so common among men in the U.S. 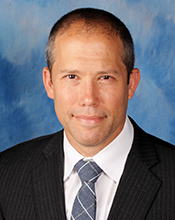 Jonathan Silberstein, MD, is the chief of Urologic Oncology at Memorial Healthcare System. He is board certified in urology and cares for patients with urologic malignancies including prostate cancer, bladder cancer, kidney cancer, testis cancer and penile cancer. In addition, he specializes in laparoscopic and robotic surgery and performs robotic prostatectomies, robotic partial and radical nephrectomies, robotic cystectomies, vasectomies and other procedures.