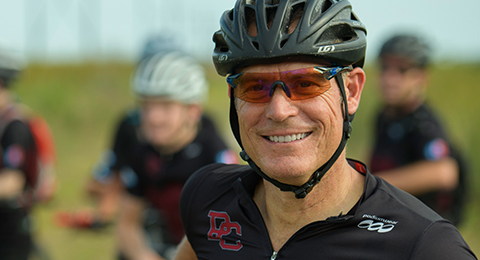 In a gravel bike race he’d won the year before, Steve crashed onto his face and head. Another racer landing on top of him.

“He had no skin on the right side of his face,” recalls his wife, Jamie.

“Steve had two bulging discs that were pushing on his spinal cord,” said Dr. Aghion. “We performed two-level cervical discectomy with spinal fusion.”

The surgery relieved the pressure on Steve’s spinal cord and allowed him to get back to what he loves.

“I’ve been cycling for over 30 years,” he explained. “Cycling is not only my career, it's my passion. Without the surgery, I wouldn't be doing what I'm doing now,” he concluded.

“He's back to doing all that stuff he loves.” 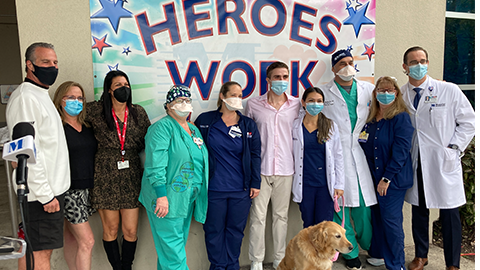