Skip to main content
Home > News > Board of Commissioners 2019

Officers Elected for Board of Commissioners 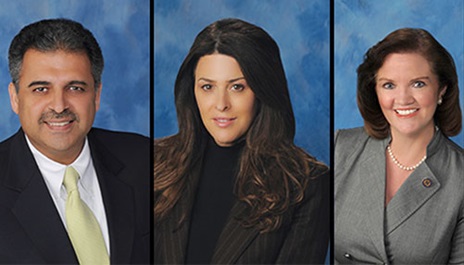 The South Broward Hospital District Board of Commissioners, which oversees all actions of Memorial Healthcare System, elected its officers at the recent July board meeting.

Vic Narang was elected Chairman, Laura Raybin Miller was elected Vice-Chair, and Karen L. Harrington was elected Secretary/Treasurer. The board members serving alongside the officers are Jose Basulto, Hobel Florido and Douglas A. Harrison.

Vic Narang is the founder of GDKN Corporation, a global technology services firm that currently provides services to many Fortune 500 companies in 40 states in the U.S. and five provinces in Canada. He has been involved in the community providing leadership and performing work at the grass-root level to accomplish many community projects. He has been involved in raising awareness in the community regarding social-causes and fund-raising for impoverished children through various innovative programs. Narang has been in the Information Management industry since 1986 and has been working at GDKN Corporation in the capacity of CEO/President since 1993. As a technology expert, he has managed several multi-million dollar business solutions. Narang has architected several technical business solutions for utility, financial, manufacturing and other industries at Fortune-100 companies. He has managed and led several large initiatives to successful completion. He holds a Bachelor of Science degree in Electrical Engineering and a Master of Business Administration.

Laura Raybin Miller has been involved in public and community affairs in South Florida for the past 20 years, making a positive impact in the lives of many residents through her leadership and participation in civic, and healthcare organizations. Throughout her career, she also has garnered a series of political appointments that has allowed her to make significant changes and improvements in governance, implementing best practices in the boards she has served. In August 2000, she was appointed to serve as Commissioner of the South Broward Hospital District (Memorial Healthcare System) by Governor Jeb Bush – a position she has held for the last five consecutive, 4-year terms, with reappointment under three governors. She has been the longest-standing member of this board. During her tenure, she is credited for lessening the tax burden of the communities Memorial Healthcare System serves under its Safety Net status, as well as, maintaining Memorial’s positive trajectory of safety and quality outcomes, where Memorial is recognized as a national leader. Miller has completed the NACD Fellowship – The Gold Standard Director Credential® -- demonstrating a commitment to the highest standard of boardroom excellence. Specific to the healthcare front, her fervor for raising awareness of breast cancer has driven her to speak publicly about the disease, educating and empowering women to take charge of their health. To this endeavor, she has been committed to raising public awareness about the Memorial Breast Cancer Center, the only regional breast cancer center providing comprehensive Breast Cancer care exclusively to women. Statement about her fellowship

Karen Harrington is a former candidate for the U.S. Congress. She is also the president of Rickey’s Restaurant, a position she has held for more than 37 years. In that role, she manages all business operations. Ms. Harrington is also active in the community, currently sharing her time and experience with Welcome Home Warriors, the Alzheimer’s Foundation, and the Epilepsy Foundation, in addition to her work on the South Broward Hospital District’s Board of Commissioners. A cancer survivor, her goal is to help improve the Memorial Healthcare System for the benefit of Broward County residents.

AvMed renews multiyear partnership with Memorial to provide the community with high quality, affordable healthcare through a broad network of providers, clinics, outpatient centers and hospitals 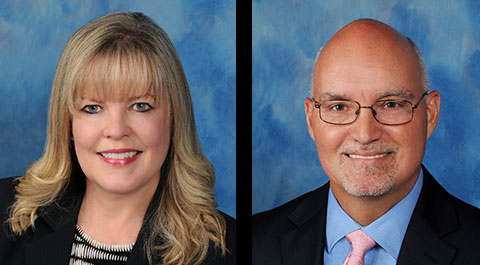 Elizabeth Justen and Steven Harvey were appointed by Florida Governor Ron DeSantis to the Board of Commissioners of the South Broward Hospital District, which oversees all actions of the Memorial Healthcare System.