Memorial Healthcare System has been named one of Modern Healthcare magazine’s 100 Best Places to Work in Healthcare for the eighth time.

This year, Memorial ranked #11 nationwide among providers/insurers, and was one of just 18 large organizations and one of only four companies in Florida to make the list.

Healthcare employers from across the country participated in the Best Places to Work in Healthcare program, which is conducted by Modern Healthcare in partnership with Best Companies Group and sponsored by the Studer Group.

“Appearing on Modern Healthcare’s list is especially satisfying because so much of our score is based on a confidential employee survey,” says Aurelio M. Fernandez, III, FACHE, Memorial’s President and Chief Executive Officer. “Their input is vital, because our employees play key roles in our ability to deliver outstanding healthcare to patients, families and our community.”

The Modern Healthcare award is the latest in a long list of honors that Memorial Healthcare System has received as a top healthcare provider and a great place to work.

They include Florida Trend magazine’s list of the Best Companies to Work For in Florida, to which Memorial has been named eight times since 2009; the President’s Award for Excellence in Healthcare, awarded by Professional Research Consultants this year; and the Most Wired Hospitals and Health award from Hospitals & Health Networks, which Memorial has received seven times. 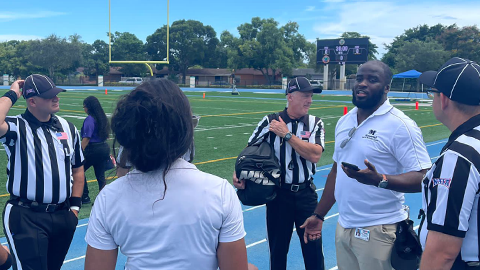