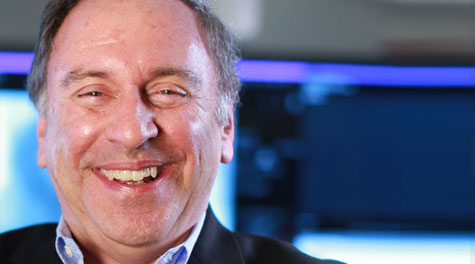 Mark thought he was taking a routine stress test on a treadmill when his physician asked him to step down. He told Mark that his cardiogram didn't look good and referred him to a cardiologist. The cardiologist saw that everything was fine, except he detected a heart murmur. He said it wasn't anything to worry about at the time, but that it would need to be watched.

Under the watchful eye of Brenda Sanzobrino, MD, medical director, clinical research and education, interventional cardiology at Memorial Regional Hospital, Mark continued to have echocardiograms until one echocardiogram indicated that he was developing aortic stenosis.

"That murmur represented the aortic stenosis, which is when the main valve of the heart does not open appropriately or adequately," said Dr. Sanzobrino.

Dr. Sanzobrino suggested that Mark could be a candidate for aortic valve replacement surgery. Because Mark was not really experiencing any symptoms, the surgery was not an immediate need. Dr. Sanzobrino continued to monitor Mark's valve as it narrowed due to the aortic stenosis.

When the valve narrowed too much, Dr. Sanzobrino recommended it was time for surgery. Mark was very inquisitive and somewhat nervous going into the surgery. He discussed all the details with Dr. Sanzobrino and his surgeon, Juan Plate, MD, FACS, director, comprehensive aortic center for Memorial Cardiac and Vascular Institute.

"It was worrisome initially, but here's where I have to give tremendous credit to two special people: Dr. Sanzobrino, the cardiologist, and Dr. Plate, the cardiac surgeon," said Mark. "They reassured me to the point that I actually had less apprehension the day of surgery than I did maybe a month or two before."

Mark's surgery went very well, with no complications. Mark was extremely impressed with the Memorial team.

"The preparation is what impressed me the most. All the medical professionals, doctors, nurses, technicians, they just knew what to do at what moment," said Mark.

"We were able to not only give him a quality outcome, but also be very supportive from the human aspect, from deciding to have surgery and then recovering from it," said Dr. Plate.

Mark received incredible care, crediting everyone from the intensive care unit to the admissions office for making his experience as pleasant and uneventful as possible. He shared that what could have been a somber experience was actually fun in ways, as he enjoyed the humor and personalities of his team and they put him at ease.

"They just make you feel like you're at your house and you're just on a temporary journey away from where you live, and before you know it you'll be back home," said Mark.

After recovering from surgery, Mark also enrolled in the cardiac rehab program at Memorial.

Down the road from his surgery, Mark is now back to enjoying his life, even more so than he was before the surgery.

"I thought I was asymptomatic, but I guess I had some fatigue," said Mark. "I have much more energy now."

"He can run and jog and do whatever he wishes to do now," said Dr. Sanzobrino.

Mark likes to golf and travel in his free time, while experiencing no restrictions. He noted that "you rarely think about surgery when it is done as well as it was here."

Mark would recommend Memorial Cardiac and Vascular Institute to anyone because the TotalHeart team offers "a positive approach and attitude with their patients, the outstanding backgrounds of the physicians and the extraordinary aftercare." 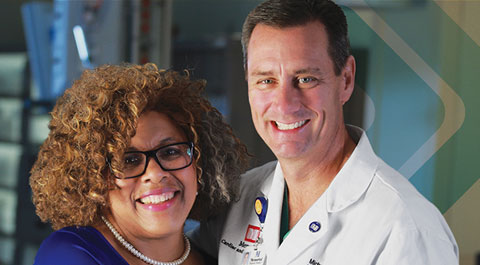 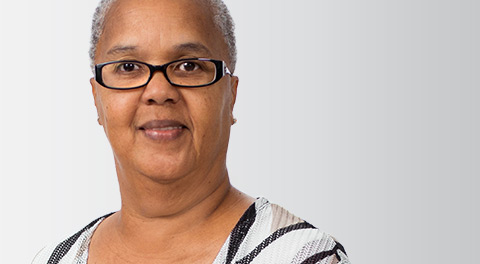