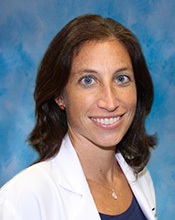 I specialize in obstetrics and gynecology.

I earned my medical degree from the Sackler School of Medicine at Tel Aviv University in Israel. I trained at North Shore University Hospital in Manhasset, New York.

I have also participated in many volunteer medical expeditions to Haiti, Guatemala, Thailand and El Salvador.