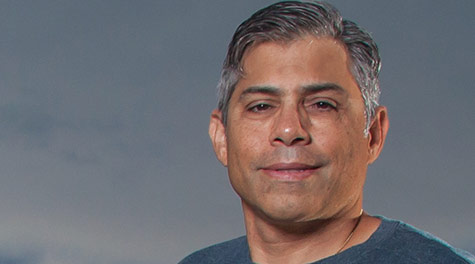 As Jonathan rode home during a long, 40-mile bike ride, a woman drove out of a retail driveway on Biscayne Boulevard and hit him at high speed. He was rushed to Memorial Regional Hospital’s Trauma Center, where doctors learned that he had suffered numerous broken bones—including 10 fractured ribs, a broken collarbone, a broken shoulder blade and a shattered ankle. He also had internal bleeding and a collapsed lung.

Jonathan underwent several surgeries. He battled infections. He nearly died. Meanwhile, his family endured months of grief and stress. They came too close to losing a husband, a father and a son. Jonathan spent weeks in the hospital, including a month in the ICU. Daniel Chan, MD, Medical Director, Memorial Division of Orthopaedic Trauma Surgery, the orthopedic trauma surgeon who operated repeatedly on Jonathan, continued to monitor him closely.

On the night of the accident, Dr. Chan took Jonathan back to the operating room for “damage control” surgery, which consisted of cleaning and washing his open wounds, as well as temporarily stabilizing his fractures with an external fixation device. Once he was more stable, Dr. Chan operated on Jonathan again to definitively fix his complex fractures after having a chance to perform detailed preoperative planning.

“As bad as it was, everything from that point forward went much more smoothly, although it was a long road to recovery,” Jonathan said.

A Grateful Daughter Gives Back 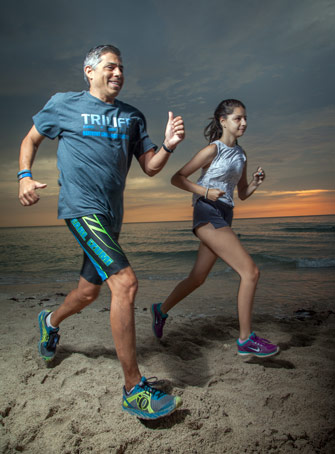 As a way to show her appreciation for saving her father’s life, Jonathan’s daughter, Hannah, created the Adult Trauma Fund for Memorial’s Trauma Center. The fundraiser was the focus of her bat mitzvah service project. Besides raising money, Hannah aimed to increase awareness of traumatic accidents and educate people on ways to avoid those situations.

“My dad talked about all of the good things Memorial did for him,” Hannah said. “So I thought I should do something for the hospital.”

On her bat mitzvah website, Hannah included a link to the Memorial Foundation where people could send donations. Proceeds were earmarked to help out-of-town family members of trauma victims pay for hotels and expenses while loved ones were hospitalized. She made bracelets that read “Trauma Awareness and Prevention” and sold them at her middle school. She raised more than $6,000 by completing the Bayfront Challenge Triathlon in Homestead with her father, who had recovered by then.

In addition, Hannah organized Trauma Awareness and Prevention Day at her middle school, an event designed to educate middle- and high-school students about injury prevention, the importance of safety, and the effects of traumatic accidents.

“It was amazing,” says Jonathan. “It really educated students on the consequences of an accident that could have been prevented.”

Jonathan has since made an almost complete recovery from that “preventable accident.” He now cycles only in large groups, swims and intersperses walking with running. He and Hannah completed their third triathlon together, where Hannah again finished first in her age group. Jonathan also has completed an Olympic distance triathlon and successfully completed the open water swim at Swim Miami. The family lives an active life, thanks to Dr. Chan and Memorial.

Considering the severity of Jonathan’s fractures, his ability to recover full function, including resuming high-impact athletic activities, is impressive, Dr. Chan says. Jonathan’s ultimate outcome is considered to be among 10 percent of patients who have sustained similar injuries, he adds.

“I think it’s wonderful what Memorial did for our family. The entire medical staff, particularly Drs. Daniel Chan and [Eddy] Carrillo, was incredibly helpful to my wife and my parents, walking them through every step and providing them comfort,” says Jonathan. “Memorial really cares about the well-being of patients and their family, which is so important in a trauma situation.”

Looking back, Jonathan recognizes how fortunate he is. “The doctors [at Memorial] gave me back the ability to live a regular life and be there for my kids and my wife,” he says. “As Hannah wrote on her website, ‘Memorial is a place where miracles are made.’”

Car wreck victim surprised with physicians and first responders who saved her life. 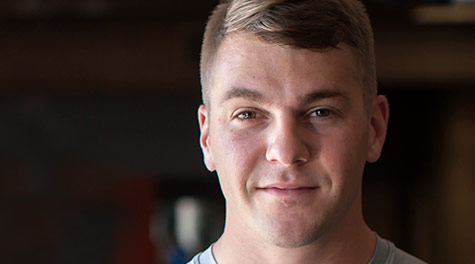 Jacob, or Jake as he's known to his friends, gets a kick out of seeing his orthopedic surgeon at the gym.