Ken Gets A New Heart 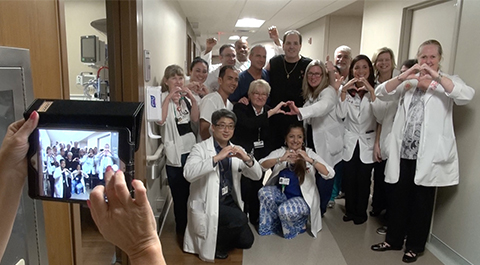 Ken had been waiting for the phone call for nearly a year.

When it arrived, he couldn’t believe it.

“They said, we think we found a heart for you,” Ken recalled. “I was like ‘no you don’t. Are you serious?’ I couldn’t believe it. I was in total shock.”

Ken’s long journey toward getting a new heart was one marked by hope and perseverance.

Less than a year before his heart transplant, Ken became the first patient at the Hollywood, Florida hospital to be placed on an LVAD, or left ventricular assist device. It is a mechanical pump that is surgically placed inside the heart to keep blood flowing from the heart to the body, supplying blood to the vital organs.


Smart Snippet: Video
Datasource: Set Video Source here
It was the LVAD that helped him stay alive while he worked to lose weight and get in good enough shape to qualify for a new heart, his doctors would later say.

Ken’s battle with heart disease culminated at age 29 when he suffered his first heart attack.

In the years that followed, he suffered a stroke and a second heart attack.

At age 52—after spending the past two-and-a-half years bedridden—Ken was rushed to Memorial Regional Hospital in January, when his lungs filled up with fluid.

“Luckily in January, we were able to meet Dr. Gongora and Dr. Dumitru, and they said I would need an LVAD,” Ken said.

The medical director of the Adult Cardiac Surgical Transplant Program at Memorial Cardiac and Vascular Institute (MCVI), implanted two LVADs in Ken’s heart. When the first device implanted in February became occluded with a blood clot, he replaced it with a new LVAD in April.

“He gave me my life back,” Ken said at the time. “The whole Memorial staff is unbelievable. I can’t thank them enough. The whole staff has been like family. The doctors have been so close, making sure you’re OK, putting their trips on hold for you, calling you and checking on you. It’s just amazing. All these years, in and out of hospitals, it’s been nothing like this.”

“When somebody pursues implantation of an LVAD, it’s done primarily for improving quality as well as quantity of life,” said Dr. Dumitru, who noted how well Ken is doing since his LVAD surgeries. “It has given him not only time back with the family—he goes out, he visits other patients and gives them hope about getting better.”

Five months after his first LVAD surgery, Ken had lost about 70 pounds.

That’s when he received some news. He got on the transplant list.

On April 7, 2015, surgeons successfully transplanted a new heart for Ken. He was back at his Hollywood home two weeks later.

Today, Ken continues his regular workouts at Memorial and says he is enjoying every day of his life with his beloved family.

Ken now is a volunteer with Life Alliance Organ Recovery Agency, enrolling others to become transplant donors.  Earlier this year, he was touched after talking with his donor’s family.

“When I woke up with a new heart after not even having a pulse for 2 years because of the LVAD, I was amazed by how hard and strong it was beating,” Ken said. “It is truly a blessing, and every day I wake up or go to sleep, my donor and my donor family are on my mind.”

Enrique Gongora, MD, praised Ken for his tenacity to keep hope alive during his journey.

“It was a testament of his conviction and hard work that made him a transplant candidate,” Dr. Gongora said.

“Transplant requires not only a surgeon and a heart-failure cardiologist, but a large cast of people that are there to help through the transplant and then long-term heart failure care,” he said. “Even though Ken has been through a lot, the heart transplant is just the beginning of the journey.” 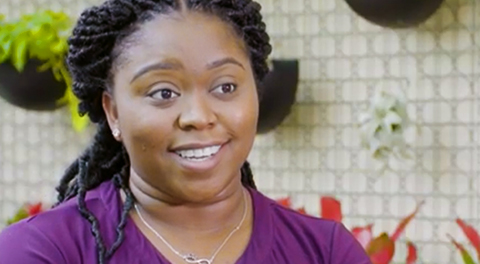 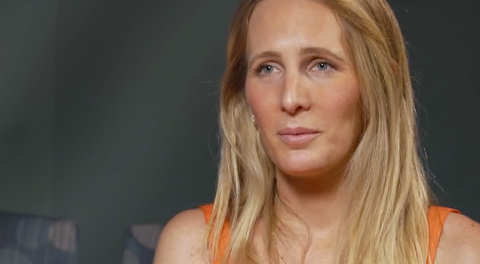 After a cesarean section, things were going well, but then Maria couldn’t breathe. She was put on life support and flown to Memorial Healthcare System. With the help of Memorial and advanced technology, she survived her near-death experience and is now with her family, including a newborn baby.